Mass grave at Galway home not the only one, says Irish leader Kenny 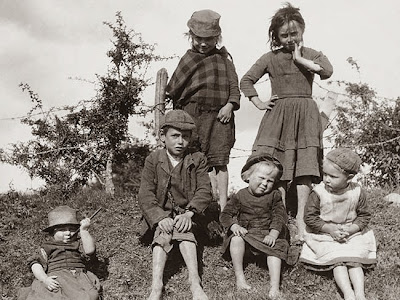 children at mother and infant home in Galway 1930 The mass grave of 796 children at a former home for unwed mothers and children in Tuam, Co. Galway is likely not the only one of its kind in Ireland, Prime Minister Enda Kenny has said. A government investigation launched in wake of the shocking discovery will focus on all of the former so-called ‘mother and baby homes’ in Ireland, it was announced yesterday. Minister for Children Charlie Flanagan is organizing a group of senior officials who will advise the government on the scope of investigation required and the best course of action at the end of the month. Speaking from the US, where he is currently on a trade mission, Kenny said that Flanagan and his committee would determine “whether this is an isolated [incident] or whether there are others around the country that need to be looked at” and to “decide what is the best thing to do in the interests of dealing with another element of our country's past.” He also acknowledged that the government had not been entirely ignorant of the dire conditions at the Tuam home, where children suffered from malnutrition and other serious ailments. “I understand that this has been known about since 1972 and clearly the Dáil [parliament] records themselves show references to inspections under the system that operated at health level way back in the 1930s – so it is an issue that we need to deal with,” he said. In Dublin, Flanagan announced that the group will “properly review all issues (and) will not confine this review to Tuam,” adding that it was not unique in Ireland as a mother and baby home. “The history of mother and baby homes in Ireland in the early and middle decades of the 20th century reflects a brutally unforgiving response by society, religious and State institutions and, in many cases, families, to young women and children when they were in most need and most vulnerable,” he said in a statement. “It is fully recognized by me and my government colleagues that we need to establish the truth.” Many other homes for unwed mothers, their “illegitimate” children and other orphans operated in Ireland throughout the 1900s. There was Bessborough in Co. Cork, Sean Ross in Tipperary (where Philomena Lee had her son), and Castlepollard in Westmeath – all run by the Sisters of the Sacred Heart. The mortality rates at these homes were far higher than the national average, the Irish Examiner recently reported, ranging from 30% - 50% between 1930 and 1945. There were Protestant mother and baby homes too, such as the Bethany Home in Dublin, where a similar scandal took place. Between 1922 and 1949, close to 220 children died and were buried in an unmarked grave at Dublin’s Mount Jerome Cemetery. They were memorialized in 2010. Yesterday, the Catholic Archbishop of Dublin, Diarmuid Martin, echoed the demands for a thorough inquiry. He also called for cooperation, urging “those responsible for running any of the mother and baby homes in Ireland, or any other person having information about mass graves, to give that information to the authorities.” The Order of the Bon Secours Nuns, which ran the Tuam home from 1925 – 1961, said that they no longer hold any of the records from the home. “In 1961 the Home was closed. All records were returned to the local authority, and would now be within the Health Service Executive, Co Galway,” read a statement issued on Thursday. The statement noted that the sisters are shocked and deeply saddened by the findings, and that they are committed to engaging with Catherine Corless, the local historian who brought the story to light, and the Graveyard Committee seeking to establish a proper memorial “as constructively as they can on the graves initiative connected with the site.” In Tuam, the local Gardaí (police) are in the process of determining whether the case warrants a criminal investigation. Geoff Knuper, a forensic scientist interviewed on RTE’s "Morning Ireland" program, said that if the remains are exhumed, it may be possible to determine the causes and dates of death. “Obviously it all depends on the state of preservation,” he explained. “After all this time of course, soft tissue will no longer be available but the harder tissue, skeletal structures, should have survived. In addition to providing opportunities for DNA identification, the skeletal structures could show evidence of physical violence, of disease, even malnutrition.” The local committee seeking to establish a proper memorial for the grave site has started a crowd-funding campaign to create a Tuam Mother and Baby memorial that will list the names, ages, and dates of death of each of the 796 children. The Archbishop of Tuam, Michael Neary, told RTE that he planned to work with the committee, the local community and the Bon Secours Sisters to create a “suitable commemorative prayer based memorial service and plaque, and to ensure that the deceased and their families will never be forgotten. “It will be a priority for me, in co-operation with the families of the deceased, to seek to obtain a dignified re-interment of the remains of the children in consecrated ground in Tuam."
Posted by Mike at 1:17 PM