2,000 Americans wait to discover truth of their Irish adoptions 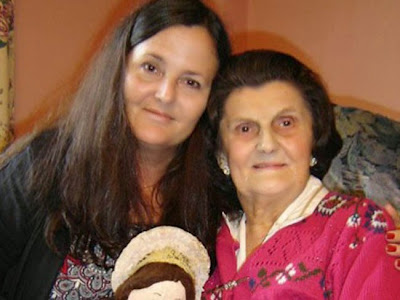 There are up to 2,000 Americans who were secretly adopted from Mother and Baby homes in Ireland according to the leading adoption rights campaigner Mari Steed. Many of whom have never known who their now elderly or deceased Irish birth parents are says Steed. Thousands of those secret and illegally adopted children ended up in America after essentially being sold to wealthy families. Mari Steed of the Adoption Rights Alliance was one of them, born at the notorious Bessborough Home in Cork in 1960 and sent to America as a toddler where she now lives near Philadelphia. She says the latest news of the Irish government inquiry must be the moment that Ireland finally is forced to open its adoption and medical records. “The government can no longer afford to look away,” Steed says, believing that Tuam has opened a floodgate that cannot be shut. If the information sluices out, Steed says thousands of Irish adoptees living in America will soon have access to the information so many have desperately sought but which has been closely guarded to preserve legal indemnity. “It would be so powerful for them to even just have access to the birth certificates,” she says , “to see who their mothers were.” But time is of the essence and the government must hurry. Susan Lohan, co-founder of Adoption Rights Alliance said: “Given the age profile of the women who suffered at these homes, further delays in providing access to family records and advice on reunions could not be sustained.” She said it had been the cynical intention of successive governments to “deny ‘til we die” in an effort to avoid ever investigating so-called “mother and baby” homes. Their birth parents were unmarried women held in female gulags masquerading as convents and places of prayer in various locations around Ireland. Forced to give birth without painkillers, to cut grass with scissors, to go without stitches if ripped open in childbirth, they were reviled for their fallen women status. After birth they were then allowed to bond with their children in the certain knowledge that the child would be snatched from them for adoption within a year or two. Imagine their pain. This is the last chance to have the truth uncovered. The focus on secret adoptions from Ireland was given a huge boost by Philomena Lee, whose story became the Oscar-nominated movie “Philomena.” Lee is still leading the charge. Her eloquent testimony to the heartbreak of losing her son echoes over sixty years later “We all knew what it meant when a big car arrived,” she said, describing the process of forced adoption to the US which saw her son taken away from Sean Ross Abbey, the unmarried mother’s home run by the Sacred Heart Sisters in Clonmel, County Tipperary. ‘In my dreams that moment still comes back to me,’ she told the “Daily Mail.” “I see his little face looking through the rear windscreen – I’ve relived it so many times.” That scene was repeated at least 438 times as the number of babies were secretly sent to the U.S. from Sean Ross alone, according to investigative journalist Mick Millotte in his book “Banished Babies.” The arrival of strangers was to be feared for tens of thousands of trembling, unmarried mothers who between the 1920s and 1960s in Ireland were forced to give up their babies. It was the hardest of times to be pregnant and single. Shame was everywhere. The residual impact of the Famine brought Ireland to its knees and the hierarchy of the Catholic Church and the fledgling state wanted to make sure the females especially stayed there. “Life was brutal for them,” Boston College associate professor James Smith wrote in his 2007 history of the unmarried mothers and the notorious Magdalene Laundries many worked in. “Ireland was a new state and very concerned with forging a national identity of moral purity. So they hid away anyone who might be seen as shameful or lacking in respectability.” The single pregnant woman, many of them raped, had little choice but to enter one of the homes and later give up their child, so great was the shame. Even if they changed their mind and escaped they were often brought back by police. Years later in 2013 Taoiseach Enda Kenny publicly apologized for the way the women were treated. Speaking of the time he said, “Yes, by any standard it was a cruel, pitiless Ireland, distinctly lacking in a quality of mercy.” But Ireland will seem as pitiless today if it does not find a way to release all the records relating to the unmarried mothers and their babies.
Posted by Mike at 9:19 AM