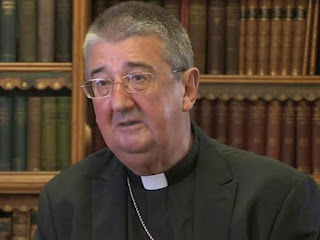 The Catholic Archbishop of Dublin has accused the Vatican of delaying church reform in Ireland in the wake of clerical sex abuse scandals. Archbishop Diarmuid Martin has told the Irish Times that delegation sent by Rome in the wake of the Murphy and Ryan reports on abuse effectively held up reform of the church in Ireland. The delegation which included leading Irish American prelates Cardinal Sean O’Malley and Cardinal Timothy Dolan were sent to Ireland by the Vatican following the publication of the reports in 2009 to establish what went wrong in the Irish church. Dr Martin believes the apostolic visitation delayed real reform. He said: “The visits froze the Irish church at a particular moment and actually, in some ways, delayed reforms in the Irish church. “My comments are not a criticism of those who carried out the visitation, but maybe a criticism of those who planned it.” He added: “The visitation from Rome set expectations it was never going to realise and I think there are lessons to be learned for future events of that kind. “The Irish church has to find the answers for the Irish church and where it has done so it has done so well.” .................. The archbishop also revealed a humble side to his life in the context of Pope Francis’s call for a poor church for the poor. He said: “My living quarters are smaller than his. He uses the Vatican to receive people there all the time. “My staff is half that of my predecessor. I probably cook more meals for myself than he did. I look after myself and my own shopping”
Posted by Mike at 7:23 AM