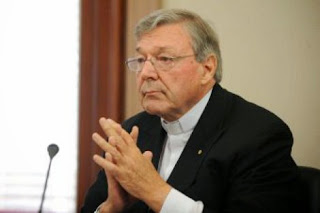 Cardinal Pell was often described as the leader of the Australian Church. What he said and did was taken to represent the Australian Catholic Church. That sometimes annoyed Catholics from other states who saw their church as superior to the Sydney variety, and certainly did not recognise the Cardinal as their leader. It does explain why his appearance at the Royal Commission was awaited with such interest and received such publicity. But in the event the hearings on the treatment of John Ellis were of far deeper significance than for what they revealed of the Cardinal's own role. It exposed a set of priorities and strategies until recently adopted by many Australian bishops, church bodies and leaders of religious congregations. They reflected an unwitting subscription to neoliberal ideology at the expense of the Christian Gospel. In the Catholic Church, bishops and, in a more limited sphere, other religious leaders have three interlocking responsibilities. They are teachers of their people, encouraging them to appropriate the Gospel deeply and faithfully, and helping them reflect on its significance today. They are pastors of their people, providing for their spiritual needs and reaching out to the needy and the lost. They also administer the patrimony of the Church, ensuring that its personal and financial resources serve its mission. These responsibilities are complex and rich in their scope, but can readily be reduced to something more manageable. Teaching can be reduced to enforcing doctrinal orthodoxy; pastoring, to maintaining order; administering the patrimony, to protecting and extending financial reserves. And the rich relationships involved in these responsibilities can be reduced to control, that unlovely amalgam of fear and power. The story of Ellis' encounters with the Catholic Church suggests that, with a few notable exceptions, Sydney Church leaders did not see him primarily as a vulnerable person to whom they should reach out in compassion. They viewed him as a threat to the financial wellbeing of the Sydney Catholic Church. Even though it was recognised that he had been abused by a Catholic priest, the callous treatment he received was inspired by the desire to avoid large compensation payments. The disturbing consequence of this strategy, adopted widely in the Catholic Church, is that Catholic leaders effectively accepted that human worth can be measured by economic price. They accepted that the priority of the Church lay in the market where its task was to preserve and enhance its financial resources. They accepted that the Church and Ellis were competitors in the market, and so adversaries. They were also led by free market ideology to regard Ellis and the Catholic Church as individual players in the market who, despite their patent disparity in wealth, were equal players. And finally, they accepted that their legal representatives could do anything legal in order to protect the financial resources of the Church. This acceptance was less a reflection of bad will than of the power of economic ideology to blind people to what matters. It led Church authorities finally to accept without outrage the legal advice that they should not engage personally with the people who had been abused by clergy because it might damage their interests in any litigation. People had to be treated as things, not as subjects, let alone the vulnerable fellow Christians whom representatives of their Church had wronged. At the Royal Commission Pell more than once acknowledged that the treatment of Ellis was not Christian. That is worth dwelling on. Pope Francis has spelled out freshly the implications of being 'Christian'. It means going out and representing God's compassion to people on the margins of church and of society, and standing with those excluded from the table of the world. It means unmasking the ideology of economic liberalism in which the enrichment of the rich and the impoverishment of the poor are acceptable and unavoidable. It means that the patrimony of the Church is to serve the mission of the Church to go out to the vulnerable, not a fortress from which the vulnerable are to be repelled. From this perspective Pell's full apology at the Royal Commission, his subsequent meeting with Ellis and his review of compensation were of more than personal significance. They offer freedom to Catholics to reflect, as Francis has done, on what the proclamation of the Gospel entails in Australia, on how to go out to the vulnerable on the edge of society and church, and inevitably to come to see the malign effects of the economic ideology that places wealth above people.
Posted by Mike at 4:05 PM