Cardinal Marx: The IOR will no longer be able to damage the Vatican's reputation 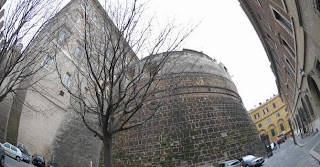 In the future the IOR will no longer be able to harm “the Holy See’s reputation.” Scandals, money laundering, shady operations… the “Vatican Bank” has been the subject of numerous judicial investigations which have tainted its evangelical ethos. Such scenarios should never be repeated again, stressed the Archbishop of Munich, Cardinal Reinhard Marx. Cardinal Marx is President of the German Bishops’ Conference, a member of the Pope’s advisory Council, the C8, and was recently nominated Coordinator of the Vatican Council for the Economy. Marx’s interview with Palabra will be published in April’s issue. Europa Press gives readers a taste of what was said. “No decision has yet been taken” regarding the IOR, the cardinal said. “The Commission that was set up last summer to reform the IOR presented some proposals which still need to be looked into. I trust that in the coming months the fate of the Institute will be decided. We want to ensure that from now on the IOR will no longer be able to harm the Holy See’s reputation.” Marx stressed that “the Vatican’s real bank” will be the Administration of the Patrimony of the Apostolic See (APSA) and added that all will become clearer “shortly”. The German cardinal explained that the creation of the new Secretariat for the Economy and the Vatican’s new Council for the Economy is one of the topics discussed in the C8 meetings. Francis established the Council of eight cardinals a month after his election, to advise him on Curia reform and help him with the government of the universal Church. The decision to create the Vatican ministry of finance was taken unanimously in Francis’ presence, with the aim of promoting “transparency”. “The establishment of a ministry of finance in the Curia is something very new in the history of the Holy See,” Marx said. “In the future, money will be managed in a transparent way that conforms to international standards.” “The time came to clean things up” so that all other important reform matters could be addressed. Speaking about Francis, Cardinal Marx stated that the Pope “wants to give the Church new impetus” and he is “already achieving this.” He has created “a new climate of openness where there are new opportunities.” But the Pope “is still part of the Church tradition” and “he does not want a split.” On the subject of remarried divorcees and the possibility of them being granted access to the sacraments, Cardinal Marx assured that “the Church must continue and will continue to defend the indissolubility of marriage” although it does believe Cardinal Walter Kasper’s comments at the Consistory “worthy of consideration.” It is worth “debating”, in order to see how Catholic Church doctrine on the issue can be developed without breaking with tradition.”
Posted by Mike at 10:44 AM