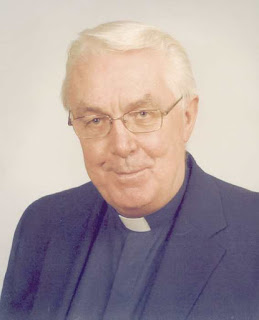 Michael Kelly
Senior theologian Fr Vincent Twomey has called on Cardinal Seán Brady and all Irish bishops appointed before 2003 to quit to make way for much-needed reform and renewal in Irish Catholicism.
Fr Twomey (left), retired professor of moral theology at Maynooth, said he felt that all bishops appointed before Archbishop Diarmuid Martin was sent to Dublin as coadjutor archbishop in 2003 should resign.
''We need new leaders, we need new bishops,'' he said this week, admitting he was ''incandescent with rage'' at the extent of abuse and subsequent mishandling in the Diocese of Cloyne.
Fr Twomey's radical proposal would mean that only seven of Ireland's current 28 members of the bishops' conference would remain on the episcopal bench and would give the Pope a free hand in reshaping the current creaking structures of the Church in Ireland.
The call comes as pressure is mounting on the State to withdraw proposals that could see priests imprisoned for preserving the seal of the confessional.
Justice Minister Alan Shatter has unveiled plans that would threaten priests who do not reveal information about alleged abuse they may hear in the confessional with imprisonment, breaching centuries of acknowledgement by civil authorities of the inviolability of the seal.

See The Irish Catholic for the entire story
Posted by Mike at 1:19 PM