The Philadelphia prosecutors in the case against Msg. Lynn, a top diocesan official charged with criminal conspiracy in endangering children wanted to block the grand jury testimony of Cardinal Bevilaqua given previously on the grounds that the Cardinal is now ill and senile. The court denied this motion and some of the Cardinal's testimony was released publicly. Below is part of the argument of the State of Pennsylvania to release this testimony, essentially stating that the Archdiocese of Philadelphia acted like a criminal organization.

In the present case, when the crimes often involve agreeing to do nothing when action is called for to protect children - and when the co-conspirators worked for an organization that was systematically covering up evidence and producing documents using obscure language so that their true meaning could not be ascertained - the task is especially complex. The Commonwealth cannot point to merely a few pages in notes of testimony, or a handful of documents, to prove that the actions of Lynn and the priests in this case were part of a decades-long conspiracy that endangered children.

To understand Lynn's interactions with Avery and Brennan, a fact finder needs to look at the files of dozens of other priests whom Lynn supervised. What might look like an innocuous transfer, an accidental omission, or a mistake in judgment in a single case can only be understood as intentional when it is repeated over and over in the handling of other abusers in the priesthood.

The fact finder cannot fully comprehend the deliberate deception that Lynn and others employed to help sexual predators remain in assignments with access to children without reading the entire testimony of Archdiocese officials - including Lynn, Cardinal Anthony Bevilacqua, Bishop Edward Cullen, and Bishop Joseph Cistone, - as they tried to explain their handling of known and admitted rapists and serial molesters. (Notes of their testimony before Grand Juries XVIII and XIX are included in this response as Appendices G, H, I, and J, and have been made available to defendants.) (Note 4: Notes of testimony cited in this response are included in Appendix F. They have been made available to defendants.) These are not witnesses who told the grand juries openly and honestly what they did and what they knew. There are no discreet passages in which they describe their common understanding that, rather than expose pedophiles or report them to police, they would instead choose to put parish children at risk. Their methods are revealed only in thousands of pages of documentary evidence - and in the church officials' dissembling, inconsistent, blameshifting, and evasive answers over numerous days of testimony.

Three grand juries spent over four years amassing the evidence that establishes the conspiracy between Lynn and the abusive priests he supervised. Judge Hughes reasonably found that repeating the evidence heard by the Grand Jury at a preliminary hearing, and then again at trial, would entail an enormous and unnecessary drain on judicial resources. Given that Judge Hughes's rulings have already established the law of the case, there is no reason for this Court to review all of the evidence of conspiracy. If it chooses to do so, however, the 2005 Grand Jury report and the presentment for this case detail the evidence that the Commonwealth relies on to support the charges. (Note 5: Attached to this memorandum are some of the documents from the Archdiocese's files on Avery and Brennan, which have been turned over to defense counsel (Appendix E). The 2005 Grand Jury report describes hundreds of similar documents for over a dozen priests who had similar interactions with Lynn.) [pp. 14-16]

The full testimony has been put online by the Philadelphia Inquirer 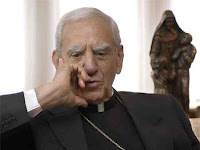