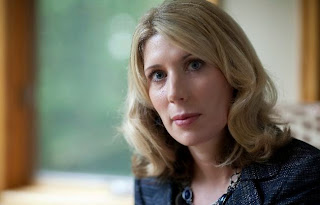 Jennifer Haselberger, the whistleblower who exposed troubling clergy child abuse practices in the Twin Cities archdiocese, offers further details of the church’s protection of abusing priests in an affidavit filed in Ramsey County District Court Tuesday morning. Haselberger described the Archdiocese of St. Paul and Minneapolis as a place where child abusers were given repeated opportunitiesto remain in the priesthood, where “monitoring” was lax or nonexistent, and where investigations into abuse complaints often missed key interviews and resulted in findings that favored priests. Financial deals were frequently cut with priests who agreed to step down from ministry, she said. Some, however, tried to come back — even after serving jail time. The archdiocese, she wrote, had a “cavalier attitude toward the safety of other people’s children.” The written testimony of Haselberger, an archdiocese canon lawyer before resigning last year, comes in response to an explosive lawsuit filed on behalf of a man who claims former priest Tom Adamson abused him in the 1970s. Haselberger is one of the major players in the resulting sex abuse scandal rocking the archdiocese. A canon lawyer who worked for the archdiocese for all but two years between 2004 and 2013, she is among key critics with direct knowledge of child sex abuse practices. The lawsuit was filed shortly after Minnesota changed its statutes of limitations to allow older abuse cases to be heard by the courts. The changes in law, combined with Haselberger’s public disclosures about church practices, set the stage for the unprecedented revelations now being made public about how the church handled abusive clergy. Her written testimony is important because if lawyers are to argue that the archdiocese has created a “public nuisance,” it requires evidence of continued practices that endanger children. The archdiocese has not commented on the claims. The 107-page affidavit includes Haselberger’s assessment of the archdiocese’s abuse policies and practices, as well as challenges to the sworn testimony of Archbishop John Nienstedt and former Vicar General Peter Laird. It alleges a variety of troubling church practices. • The culture at the archdiocese was for top officials not to dig deep into priest personnel files, she said. Haselberger said the archdiocese’s attorney told her to “ ‘stop looking under rocks,’ knowing how upset it made me to see how things had been mishandled...” • Former Vicar General Kevin McDonough’s practice of placing child sex offenders in administrative positions was not permitted under policies made by the U.S. Conference of Bishops, she said, and it posed a public danger. Haselberger cites the example of a priest, whose named was edited from the affidavit, who abused at least one female under age 18, yet was permitted to minister during and after the time he was in a sex offender program in the 1990s. “I was, and remain, deeply impacted by the suffering caused by [Father] in part because it was the first case that I worked on that involved a victim who committed suicide...’ ” she wrote. • Abusive priests who were required to be monitored fell into four categories: “being monitored, formerly monitored, requiring monitoring but never monitored, discussed but never monitored,” said Haselberger, citing a church report. Even when monitored, priests had little oversight. Wrote Haselberger: “McDonough’s program relied heavily on self reports of the priests ... with very little effort made to verify if those reports were accurate.” • Haselberger offers examples of priest misconduct with children and adults. In 2013, for example, Haselberger said that she and an archdiocese attorney were appointed to investigate allegations that a priest had been hiring a prostitute at his parish. After the priest was threatened with extortion for more than $30,000 — and the prostitute showed up at the chancery seeking payments — Haselberger said then-vicar general Peter Laird “refused to allow us to review parish financial reports or to speak with the bookkeeper... and constantly harassed us to conclude the investigation with the limited information we had assembled.” Disability payments The archdiocese has acknowledged it has made disability payments to priests based on their pedophilia. Haselberger places accountability for those payments squarely on the archbishops. Under the Priest Pension Plans, disability decisions are the “exclusive prerogative of the Archbishop,” she wrote. No medical diagnosis is necessary. Haselberger said that Laird wanted the archbishop to declare the Rev. Michael Tegeder of Minneapolis disabled as a means to silence his opposition to Nienstedt’s campaign for a constitutional amendment to prevent same-sex marriage. Haselberger also was critical of Nienstedt’s statements last year that no abusing priests were in ministry, something that simply wasn’t true, she said. She cited the case of the Rev. Joseph Gallatin, then pastor at the Church of St. Peter in Mendota Heights. She said even before the St. Peter assignment, Gallatin’s personnel file indicated “the sexual nature of his contact with a boy in West Virginia and his admitted sexual attraction to boys as young as twelve...” Gallatin was placed on leave of absence in December 2013. Haselberger claims that vicar general Laird refused to read the full personnel file on Gallatin, and paints a picture of the vicar general throughout her testimony as a man more focused on remodeling the chancery and expanding his career than addressing child abuse. Laird’s court deposition indicates the chancery was engaged in constant innovation about its child abuse policies. But, said Haselberger, “we were far, far from best practice.”
Posted by Mike at 1:50 PM