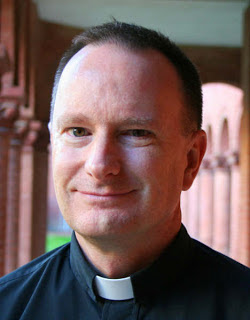 Responding to apprehensions about a new so-called "morality clause" in the Oakland, Calif., diocese's teacher contract, Bishop Michael Barber has said he has "no intention of monitoring an individual's personal life. What one does in one's private life is between them and God." But, he added, "what concerns me is if someone does something in their private life that becomes public and then becomes a cause of scandal or detracts from the school's religious mission." His statement, sent in a letter to administrators and teachers late last month, followed several weeks of controversy about an addition to the 2014-2015 contract that says employees are, in their personal and professional lives, "expected to model and promote behavior in conformity with the teaching of the Roman Catholic faith in matters of faith and morals." The contract also requires teachers to "perform [their] duties as a minister and steward of principles characteristic of an educator in a Roman Catholic School, including without limitation, teaching the doctrines, principles, beliefs of the Roman Catholic Church, and conducting himself or herself in accord with these Catholic standards." Some teachers felt the addition allows the diocese to intrude into their private lives and creates a climate of fear and distrust. For example, if a teacher attended the same-sex wedding of her lesbian niece and a family photo of the event was posted on Facebook, would she be seen as violating the new terms of the contract? Some parents and alumni also weighed in on social media and local news outlets, alarmed that respect for faculty and student diversity and the primacy of conscience might be compromised. A group linked to Bishop O'Dowd High School in Oakland created a website calling on Barber to delay implementation of the changes because the members believe the new language is worded to "penalize teachers or staff for living their private lives in ways that are not necessarily in conformance with teachings of the Roman Catholic Church." Members of the group also expressed concern that some highly effective teachers would leave their positions because of the new clause. To show their support for teachers, on May 30, they held a rally along the street leading into the school. A change.org petition started by a Bishop O'Dowd student to oppose the new clause had more than 94,000 signatures as of Wednesday morning. The petition states that the clause "goes against the Catholic values of community in diversity, workers rights, and social justice." As opposition to the new contract provision became public, Barber agreed to meet with faculty and student representatives at Bishop O'Dowd on May 27 and later at De La Salle High School in Concord to hear concerns and to explain his rationale for the change. His June 27 statement was the fulfillment of his promise to clarify the intent of the new language. "Our schools exist for the moral, spiritual and academic formation of our students," he wrote to all teachers in the diocese. "Together with parents, you are the primary educators of our students through your moral and spiritual example. ... That is why we hired you. That is why I consider you not just teachers, but my esteemed colleagues in the Church's ministry of education." In a joint letter to Bishop O'Dowd parents June 30, President Stephen Phelps and Principal Pamela Shay said they support the bishop's "desire for our instruction to reflect our Catholic identity and uphold the teachings of the Church in matters of faith and morals. ... He simply wants those who are in the employ of the Church to show respect for the Church's traditions and be prudent in the conduct of their lives so that they not bring discredit to our school community or the Diocese of Oakland." They added that the school's employee handbook has long been specific in stating such. "For this reason," they said, "we can assure you that our school community will not fundamentally change because of the new contract language." The college prep school currently enrolls 1,150 students. Several teachers in the diocese refused to sign the contract and will not be teaching in the fall. The remaining 1,400 elementary and secondary teachers have signed it. Barber has agreed to have conversations with teachers and administrators on Catholic identity and their roles and responsibilities as Catholic educators. He said these conversations will be taken into account in refining contract language for 2015-2016.
Posted by Mike at 3:03 PM