Judy L. Thomas Kansas City Star August 15, 2014 The Kansas City-St. Joseph Diocese must pay the $1.1 million ordered by an arbitrator last spring for violating the terms of a 2008 settlement with priest sexual abuse victims, a judge has ruled. Calling the award a “scathing indictment of the defendant,” Jackson County Circuit Judge Bryan Round said in his ruling that “there can be no doubt that the diocese, through its leadership and higher-level personnel, failed in numerous respects to abide by the terms” of the 2008 agreement. Those terms included immediately reporting any abuse or suspicion of abuse to law enforcement authorities — something the diocese failed to do in the child pornography case of the Rev. Shawn Ratigan in 2010. 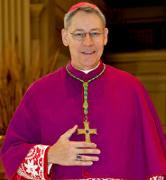 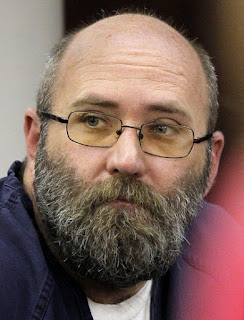 A Jackson County judge in 2012 found Finn guilty of failing to report suspicions of child abuse to police or state child welfare authorities in the Ratigan case. Finn was sentenced to two years of probation for the misdemeanor. Ratigan pleaded guilty to state and federal child pornography charges and is serving 50 years in prison. In issuing the award, Hanover found that the diocese had breached five of 19 non-monetary terms of the 2008 agreement. He said he hoped “that I am dead wrong in my opinion that this diocese as presently constituted will not mend its ways.” The diocese argued at a July 23 hearing that Hanover had exceeded his authority. There were no provisions in the 2008 settlement that allowed Hanover to award monetary damages beyond the $10 million that was agreed upon by the parties, diocesan attorneys said. They also said that awarding additional monetary damages nullified the non-economic commitments the diocese had agreed to in the settlement. The diocese also argued that Hanover’s award contained factual errors and unsupported inferences. In his ruling, Round rejected all of the diocese’s arguments and said the arbitrator’s findings could be best summarized by a passage from the award. The diocese, the award said, “was and is constitutionally incapable of placing the preservation and protection of the clergy culture in a subordinate position to any other consideration, including the timely reporting to law enforcement of a priest involved in the use of diocesan children as pornography models.”
Posted by Mike at 5:29 PM