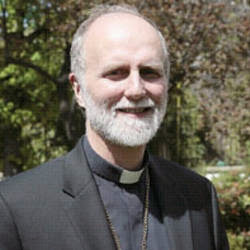 Everyone in the Maidan, Kiev’s Independence Square, knows Borys Gudziak, the president of Ukraine’s Catholic university who has knelt down a thousand times in the last weeks to pray with the rebels behind the barricades set up in a city which finds itself in the midst of an inferno. What’s it like being in Kiev right now? “I’m in the car, it’s hard to move and the air is so heavy. One of our professors, 29-year-old historian Bohdan Solchanyk, was just killed. The snipers got him just as the foreign affairs ministers of France, Poland and Germany were arriving in Kiev. Dozens have died and it’s not over yet. The president ignored the peaceful request for the square’s dignity for three months and now we’re at war.” There are some who fear that Moscow may intervene after the winter Games in Sochi. Will Putin’s tanks be moving in? “I hope not because violence would spread outside the Ukraine. But there are past cases of this, like Georgia in 2008… So I am asking Europe to speak to Putin and prevent a catastrophe.” The clashes began in the name of Europe. Is this still the case or have things changed? “Europe comes into it yes. But the other catalyst was a widespread discontent with a system that is corrupt beyond measure. Between 1994 and today Ukraine has lost 7 million people; 700 thousand have immigrated to Italy alone. Hopes of an orange revolution have vanished. In the past four years, corruption, decay and injustice in the country have reached an all time high. People took to the streets for Europe but what they were asking for above all was dignity and the protest was dignified and peaceful for a long time, not against someone but for something, with concerts being organised on freezing nights in the city of Kiev. Now people’s frustration is exploding because they are not being listened to.” Some groups in Maidan square are violent. Who is the opposition and what do they want? “Some are extremists, but there’s very few of them in comparison to the millions of Ukrainians that have taken to the streets to protest against the government. Europe needs to look past the misinformation from Moscow which makes it seem like a Neo-Nazi coup is taking place against the country’s legitimate representatives. They are telling you that Maidan square is full of Nazis but here rumours are going round about it being part of a Jewish plot. This is nonsense. Christians, Jews and Muslims have chosen to support the people against violence. Ukraine’s right-wing parties in the Maidan are more moderate than European right-wing parties like Marine Le Pen’s National Front party. I repeat: extremists are but a small minority.” What could Europe do and what can it still do? “Pressure and sanctions are important. Europe knows the decision-makers, the government, the ministry of the interior and the police. It seemed a ceasefire had finally arrived on the weekend but in actual fact the president never really intended to reach any significant compromise, he just wanted a final solution. I think that right from the start, Yanukovich preferred Putin because by choosing Europe he would have had to introduce the reforms he didn’t want to make, starting with corruption. At the moment a solution seems impossible but I am still praying with the people of Maidan because I am part of Francis’ school of thought: a pastor must have the odour of his sheep.”
Posted by Mike at 11:26 AM