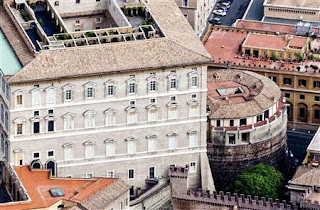 VATICAN CITY (Reuters) - The Vatican bank is likely to close all accounts held by foreign embassies, following concerns about large cash deposits and withdrawals by the missions of Iran, Iraq and Indonesia, according to people with knowledge of the situation. The Vatican's financial watchdog, which examined the transactions in 2011, believed the embassies' justifications for the transactions were too vague or disproportionate to the amounts -- up to 500,000 euros at a time -- these people said. In one case, a large cash withdrawal was said to be for "refurbishment", one person added. Now the bank and the watchdog want to reduce the possibility that the Institute for Religious Works (IOR), as the bank is called, could be an unwitting vehicle for money laundering and other illicit finances. < /br> Four people with knowledge of the matter said the closure of the accounts was likely to be a key recommendation of a broad review that Pope Francis has ordered of the bank, whose scandal-tainted history has long been an embarrassment for the Holy See. The review is set to be completed by the end of the year. It is the thorniest part of nascent efforts by the world's smallest state to open itself up to more outside scrutiny. The process ostensibly began under the former Pope Benedict, but was thwarted by conflicts among Vatican officials and an Italian money-laundering investigation. The IOR is a private bank - currently with about 7.1 billion euros in assets under management - whose stated goal is to hold and manage funds for religious orders of priests and nuns, Catholic charities, Vatican employees, and other Catholic institutions. But the number of account holders has swelled to 19,000 over the years and diversified beyond the original categories with the right to hold accounts. Fewer than two dozen of the 180 countries accredited to the Vatican have accounts at the IOR; many Western states such as the United States and Britain do not. Reuters has learned that the Financial Information Authority (AIF), the Holy See's financial watchdog, wrote to the IOR in the second half of 2011 expressing its concern over several cash withdrawals and deposits by the embassies of Iran, Iraq and Indonesia, according to the people with knowledge of the situation. The transactions - which were registered at the Vatican border in line with Vatican and European Union requirements that amounts of more than 10,000 euros in cash or equivalent be declared at customs - caught the eye of the AIF because of their origin, frequency and amounts. Iran, Iraq and Indonesia are classified by international institutions and governance bodies as countries at high risk of financial crimes. The Holy See's regulators also thought the justifications for the withdrawals, including one that simply said "personnel", were vague, these people said. It was not clear where the money for the cash deposits came from. The Iranian and Iraqi embassies to the Vatican said they had no comment on the cash movements or the concerns raised by regulators. ......... Full article at Reuters
Posted by Mike at 2:52 PM