"Reform is going to go deep" 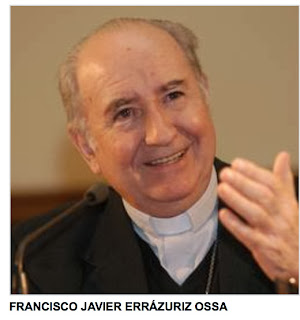 Chilean cardinal Errázuriz is also called Francis, but in his case this is just his christening name. Francisco Javier Errázuriz Ossa, one of the members of Pope Francis’ G8 advisory group, was in Rome at the start of October, along with the other cardinals who have been tasked with reforming the Roman Curia. With him, he carried a bunch of papers containing a summary of the observations made by the Latin American Episcopal Council (CELAM), which he headed between 2003 and 2007. Errázuriz - who became an Emeritus on 15 December 2010 after Benedict XVI accepted his resignation as leader of the Archdiocese of Santiago because of age – spoke to the Argentinean edition of Vida Nueva magazine about the meetings in Rome. He confirmed that the reforms the Pope has in mind will go deep and “could lead to a new Apostolic Constitution.” Errázuriz said cardinals had asked for this during the pre-Conclave meetings and Francis is acting on this collective wish. The Chilean cardinal who belongs to the Schönstatt movement did not hide the general sense of unease towards the Roman Curia. “There is a longing for a Curia that encourages the new evangelisation and acts as a body that is there to serve the Pope and the dioceses, not as a control centre,” he said. The reform will aim to improve coordination between the Pope’s different “ministries” and to ensure more fluid communication between the Pope and the various heads.” The time and energy John Paul II spent on travelling led him to “reduce the number of meetings he held with his collaborators.” Hence the need to revive these, hence the need for a “coordinator”, whom Errázuriz prefers to call “Secretary General of the Curia”. Reforms will also involve the internationalisation of the Curia. Errázuriz pointed out that only 3 out of the 50 cardinals who work with the Pope are Latin American. This is completely “disproportionate” and “must change”. “Not only are there few Latin American successors to the apostles, there are also few cardinals from other non European continents.” The aim of the reforms will also be to make the whole Curia structure more flexible. The Chilean cardinal asked himself whether “the Roman Curia needed to be so large” and whether some roles could be moved away from the centre, Rome, and passed onto diocesan bishops. The Pope would also like women to play a greater role in the decision-making process and this will be taken into account when reforming the Secretariat of State for example. Its name will probably change to “Papal Secretariat”. Errázuriz, who turned 80 in September, said that it its upcoming meetings (at the beginning of December and end of February), the G8 will be examining the Curia’s various bodies.
Posted by Mike at 2:45 PM