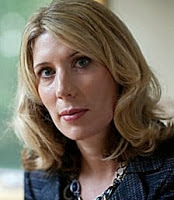 I have been asked to comment about the reaction of the Archdiocese of Saint Paul and Minneapolis to the recent news stories in the press. Beginning in July of 2013, I provided Minnesota Public Radio with information regarding acts of sexual and other misconduct involving several members of the clergy of the Archdiocese of Saint Paul and Minneapolis, as well as the account of my unsuccessful efforts to convince the Archdiocesan administration to take the necessary steps to address these issues. My hope was that by making this information public it would serve as a warning about predatory priests currently serving in the Archdiocese. I have the utmost respect for and confidence in the vast majority of priests serving in this Archdiocese, and I was honored to work on behalf of them, the men and women religious, and the lay faithful of this local church. It was with great sadness that I resigned my position as Chancellor for Canonical Affairs in April of 2013. However, as I explained to Archbishop Nienstedt in my letter of resignation, I had come to the conclusion that it had become impossible for me to continue in that position given my personal ethics, religious convictions, and sense of integrity. I asked then, as I ask now, that Archbishop Nienstedt take his responsibilities towards the protection of the young and the vulnerable seriously. I asked that he permit a comprehensive, external review of the files of all clergy of the Archdiocese, and that following this review he remove from ministry and make public the list of clergy who have been determined to have engaged in acts of sexual misconduct, as well as those whom could reasonably be assumed to pose a threat to children and young people. Until this occurs, I do not believe that it can be said that the Archdiocese is honoring its promise to protect.
Posted by Mike at 8:09 PM