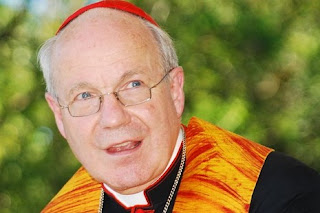 Austrian Cardinal Christoph Schönborn OP has acknowledged the existence of a fierce and organized opposition to Pope France, carried out in certain. Catholics circles. And he’s warned that it is fomenting considerable polarization within the Church. “We are currently witnessing intensive inner-church debates – not so much in Austria, but internationally – as there is quite evidently very strong, significant opposition to Pope Francis,” the 71-year-old cardinal told the Austrian daily Der Standard last week before heading to Krakow for World Youth Day festivities with the pope. Schönborn, who is Archbishop of Vienna and Europe’s second-most senior cardinal still in office, said this opposition to the pope was “very active and very loud”. He said a clear majority of Catholics approved of Francis and of what he was doing, but he acknowledged that there were also many others who were very worried. The cardinal said had spoken to the pope in mid-July specifically about this opposition and was greatly impressed by Francis’ reaction. “We must try to win over this inner-church opposition lovingly,” he said the pope told him. Cardinal Schönborn – who has emerged as one of Francis’ strongest allies and the designated theological interpreter of the pope’s apostolic exhortation on the family, Amoris Laetitia – said the intensive debates currently going on inside Church were a good thing. He said Catholics had become too accustomed to seeing the Church divided into a conservative faction and a liberal faction. “We’ve somehow simply accepted that,” he said. But he insisted that the Gospel Message was neither conservative nor liberal; rather it should be defined as “challenging”. Asked whether this difficult situation in which the Church currently found itself was not putting a brake on the pope’s wishes for reform, Cardinal Schönborn pointed out that a great deal had already been achieved. He noted that Francis had set specific processes in motion and the ball was rolling. One example, he said, was what the pope had done for two years with the Synod of Bishops and its deliberations on the family. The cardinal said this new process has led to healthy discussion on a great deal of issues. “Things are not changed at the endpoint but along the way,” he reflected. “At the Extraordinary Synod Assembly in 2014, for example, what the bishops had to say was still incredibly abstract. But a year later they were suddenly talking about reality,” the cardinal pointed out. “Bishops spoke about their own family situation. And, lo and behold, they no longer simply theorized abstractly,” he said. “In a way,” Cardinal Schönborn said, “the journey is the destination.”
Posted by Mike at 8:09 PM