Why Nienstedt had so little support among Twin Cities Catholics 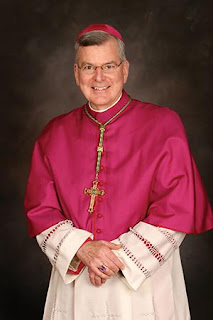 The letters began arriving shortly before John Nienstedt was appointed archbishop in 2008: clean up or be shut down. It was the least that his predecessor, Archbishop Harry Flynn, could do: play the good cop; warn the rebellious parishes in the Archdiocese of St. Paul and Minneapolis before the bad cop arrived. Nienstedt seemed to relish the bad-cop role. He wore a fedora, like a G-man. Through his Rumsfeldian, half-frame glasses, he saw sin everywhere, and he revamped the Catholic Spirit, a once-freethinking archdiocesan newspaper, as a pulpit to rail against it. And he did indeed drive some of the most accommodating members among his flock of 750,000 into hiding, banning lay people from addressing the faithful during Mass, calling out priests who welcomed openly gay worshippers as abetting “a grave evil,” and quickly shutting down services like the one at St. Stephen’s Catholic Church, in Minneapolis, where women often led the liturgy — without so much as a hello. “You’re a controversial figure,” a woman told him back in 2008, at a St. Paul gathering of the National Council of Catholic Women. “I am?” he joked. “I tend to be straightforward — perhaps that puts people off.” Nienstedt didn’t think he needed to explain — he appeared to be on the right side of history. He was appointed by Pope Benedict XVI as church leadership was shifting back toward orthodoxy after decades of liberalization. They hoped that returning the church to its roots, or at least the 1950s, would galvanize the faith, purging the so-called cafeteria Catholics and leaving the rest with a clear identity. The only kind of priests who were coming out of seminary seemed to be conservatives, deputized to clean house. “If you don’t sweep and vacuum once a week,” a St. Paul priest told me, early in Nienstedt’s reign, “things get out of control.” Nienstedt thought he had the backing of most Minnesotans — certainly most Catholics — when in 2012 he authorized $600,000 in archdiocese funds to support the campaign for a state constitutional amendment banning same-sex marriage. Such bans had passed in every state where they were proposed. But the tide was turning, even in the Vatican. When the ban failed and, nine months later, a new pope declared, “Who am I to judge” gay people, Nienstedt was suddenly on the outside looking in at a church he thought he knew. Confessing to nothing, admitting to everything What Nienstedt knew is ultimately what did him in. Twice last year he denied knowing about sexual abuse at the hands of his priests only to have evidence surface that he had been informed. As his leaders fell around him — the Rev. Kevin McDonough, his head of child safety; the Rev. Peter Laird, his vicar general; and even his predecessor, Harry Flynn, who resigned from the board of the University of St. Thomas — Nienstedt doubled down on secrecy, refusing interviews. Instead, he issued statements, creating a paper wall that only served to seal his isolation. His departure will invigorate his opponents, the “servant-leader” priests in the liberal, post-Vatican II mode, like the Rev. Michael Tegeder who has long gray hair and has argued for ordinating women and married men, among other ideas that set Nienstedt’s close-cropped coif on fire. Priests like Tegeder have long been more popular in the pews than the law-and-order type — which is why he was moved during Nienstedt’s tenure from his post in a large Bloomington parish to a small inner-city Minneapolis church, where presumably he’d just be preaching to the choir — and they’ve been buoyed by Pope Francis’ remarkable swing toward compassion. But there aren’t many of them left. Whoever succeeds Nienstedt will inherit a priesthood largely at odds with its new spiritual boss, the fearless Francis. When Pope Benedict resigned, in 2013, Nienstedt seemed caught by surprise and reminisced about Benedict’s hard-line take on “the incredibly important concerns about marriage and family life.” Now, in the same week he accepted Nienstedt’s resignation, the pope released a major encylical against environmental destruction and announced that he’d meet with a gay rights activist in Paraguay. The more the Vatican opened in the last couple years, the more Nienstedt closed up. He seemed to feel it was his duty, as a defender of the faith, to circle the wagons, that it was not a sin if it was done in service to the church. He says he leaves with a “clear conscience.” Early in his tenure as archbishop, Nienstedt pushed for a return to personal confession, sidling up to a priest in a booth, and wrote in the Catholic Spirit that “there is an art on the part of the confessor in hearing a confession. The priest has to listen closely to what is being said ‘between the lines.’ ” Nienstedt appeared to confess to nothing, but in doing so he may have admitted to everything.
Posted by Mike at 8:02 AM