'Silenced' priest says church in Ireland is bereft of leadership 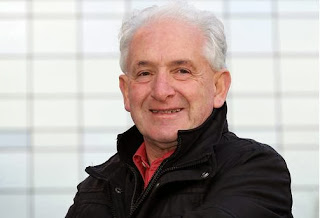 Radical Irish priest Fr Tony Flannery has described the Irish church as "bereft of leadership" in a stinging rebuke to the Irish bishops. The Redemptorist, who was silenced by the Vatican in February 2012 and is currently forbidden to say Mass or minister as a priest because of his liberal views, said he believed the Vatican's "witch hunts" against liberal priests were over, thanks to the election of Pope Francis. Speaking to the Irish Independent, the 66-year-old said of the spate of censures which targeted Irish clerics: "If Pope Francis had been elected a year earlier, I would not be in the position I am in, and neither would the other five priests in Ireland -- because clearly Francis doesn't approve of this." The Co Galway-based cleric, who had an unblemished 40-year record as a missioner until he was censured by the Vatican's doctrinal watchdog, The Congregation for the Doctrine of the Faith, said the Pope had made it clear that he "doesn't want to be hearing this sort of thing in the Vatican and that he wanted this to be dealt with at the local level by the bishops." He called on the Irish bishops to have the courage to follow the lead of Pope Francis and bring about the removal of "all forms of sanction" against these Irish priests. Asked about his future in the Catholic Church, he said he hoped 2014 "would bring some clarity". CONSULTATION Fr Flannery also hit out at the lack of consultation with priests and laity over the recent spate of new appointments to the Irish hierarchy. "All the indications are that in the past couple of years, appointments were made to the hierarchy with even less consultation than there had been in the past. So the Association of Catholic Priests haven't made any headway in changing that system." The liberal priest said Pope Francis's comments, where he ruled out women cardinals and women priests, while disappointing to some reform groups, needed to be looked at again. "He talks about bringing women into positions of real decision-making in the church but not clericalising them. I actually think that is better. Just ordaining them isn't the solution because the whole area of priesthood needs to be seriously revised and reformed anyway," he said.
Posted by Mike at 6:28 AM