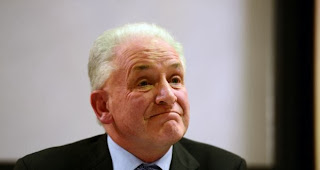 Fr Tony Flannery has said he will begin a new chapter in his life today, after learning the Vatican has no plans to allow him to practise as a priest again. Fr Flannery (67) also said he has decided to stay away from premises owned by the church during his upcoming tour to avoid any “embarrassment” of further fallout with the church hierarchy. But he said he is determined to push for reform in the church in his upcoming lectures, which begin tonight in the Clayton hotel in Galway. The outspoken Redemptorist was first censured nearly two years ago over his liberal stance on such issues as women priests and contraception. Fr Flannery, from Athenry, Co Galway, said “informed sources” have told him that there is no prospect of a change to his ban on public ministry. However, Fr Flannery, who founded the Association of Catholic Priests, said he is looking forward to his series of lectures across Ireland and abroad about church reform. He said: “The information I’m getting is that while Pope Francis is shaking things up, the CDF [Congregation for the Doctrine of Faith] is just the same and there is no indication whatsoever of a change in my position in the short or medium term. My choice is to either wait around or go my own way – and so I’ve decided to go my own way.”
Posted by Mike at 9:05 PM