Hype and hope for the Franciscan Friars of the Immaculate

A verbal war of charges and counter charges surrounds the Vatican crackdown on the Franciscan Friars of the Immaculate appointing an outside commissioner and restricting their use of the Latin Mass. Some traditionalist groups see this as an attack on the Latin Mass. This war is now spilling over from the Italian to English speaking world as attested to by the two articles below. Michael J Miller Catholic World Report December 16, 2013 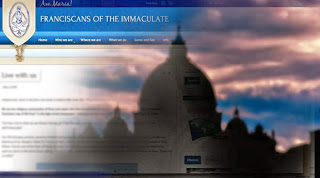