Samantha Pearl: the diocese of Kalamazoo has lost its way 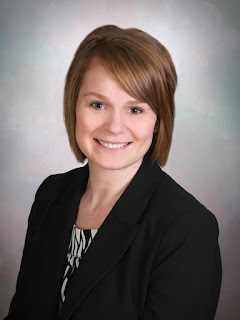 Editor’s note: Samantha Pearl, a Battle Creek resident, parishioner at St. Philip Roman Catholic Church with children attending Battle Creek Area Catholic Schools, wrote this in reponse to a letter from Monsignor Michael Osborn, vicar general at the Diocese of Kalamazoo. It is posted here with her permission. — With all due respect, this letter is an outrageous response to an already inflammatory situation. Let us look at the information available to us: the Kalamazoo Gazette article, the Battle Creek Enquirer article, the investigative article published by the Minnesota Public Radio. This man has been accused of improprieties by almost a dozen seminarians and two fellow priests. He has been accused of protecting and relocating Curtis Wehmeyer, the priest who confessed and was convicted of raping two young boys. He has been accused of failing to report sex crimes, giving extra payments to priests who admitted abusing children, keeping some abusers in the ministry, and choosing not to warn the public or the parishioners most directly affected. Investigators have provided sworn statements that he withheld information and impeded the investigation into the Diocesan handling of sex abuse cases in his Diocese. His Diocese settled three cases with victims of child sex abuse at the hands of priests under his watch. His Diocese is the first in the United States to be indicted for its role in covering up sex abuse scandals. Two auxiliary Bishops in his own Diocese traveled to Washington to bring the situation to the attention of the Pope’s ambassador to the United States, Archbishop Carlo Maria Vigano, and to ask for an intervention. Our pastor introduced this man to our parish through our bulletin as an “old and trusted friend.” You have told our children in the high school not to listen to the accusations against this man; that he is safe and to be trusted. You have told us, as parents, through Father Osborn’s Diocesan letter, that you “sought additional reassurances” regarding Archbishop Nienstedt and that the environment at our schools is safe. What you are asking us to do is suspend reason, judgment, and prudence — to ignore independent evidence and information, to accept your “assurances” that this man’s integrity and behavior entitle him to continue to serve in the ministry, in parish life, in proximity to children. You have placed a man clearly known to have failed to protect children from sexual predators in a position of ministry — the highest calling of God's work. The letter from Father Osborn at the Diocese asserts that you are not responsible for bringing him here — as though it is not your doing — at the same time you assure parents that you have done your due diligence regarding his past. For too long, parishioners in this Diocese have been given no say in our pastoral leadership and our concerns fall on deaf ears. Our concerns as parents are your responsibility, and platitudes about this person being "safe" are a disrespectful and trite response to a serious and concerning situation. You urge "reason and charity," as though we're expressing unfounded or mild concerns, as though there is no evidence or information to warrant caution. Let us be honest, Bishop Bradley, your permission to allow this to happen, despite the repeated and egregious failure of Archbishop Nienstedt to protect children, suggests you place the protection of this man and his reputation above the protection of our children. You are the spiritual, pastoral, and executive leader of this Diocese. This occurrence is your responsibility. As a victim of a child sex predator, I am infuriated at your ignorant and irresponsible behavior. Victims of sex abuse suffer a pattern of abuse after the sexual abuse, perpetrated by our parents and pastoral leadership, including the inherent message that we will not be protected, that the crime is not heinous, that the rights and reputation of the perpetrator take precedence over the rights and protection of the victim. You will not silently perpetrate the continuation of these crimes in my parish. I am deeply grieved by the leadership of the Diocese and the need to speak publicly given the lack of integrity and Godly leadership shown by you, by the Diocese, and by the pastor in my parish. Bishop Bradley, the Diocese has lost its way. Do the right thing. Remove Archbishop Nienstedt from ministry at any church in our Diocese or step down from your post. ------- Here is the diocesan letter referred to above.
Posted by Mike at 6:56 PM