Rosie Scammel Religion News Service August 26, 2015 ROME (RNS) The Vatican has given its backing to a central Rome square being named after Martin Luther, a church reformer excommunicated by the pope nearly 500 years ago. A German Catholic priest and theologian, Luther was a key figure in the Protestant Reformation and sparked considerable controversy by challenging the authority of the Catholic Church. He denounced the corruption he saw among clergy in Rome and believed salvation came through faith alone — views that did not sit well with Pope Leo X. Luther was excommunicated in 1521 and was never allowed to return to the Catholic Church, but now the Vatican’s views have changed. 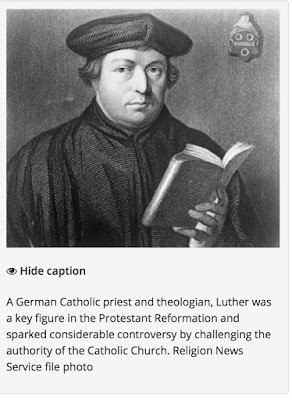 Next month a hilltop square in Rome is due to be named Piazza Martin Lutero, in memory of Luther’s achievements. The site chosen is the Oppian Hill, a park area that overlooks the Colosseum. The move has been six years in a making, following a request made by the Seventh-day Adventists, a Protestant denomination, Italian daily La Repubblica said. The original plan was to inaugurate the square in time for the 500th anniversary of Luther’s historic trip to Rome in 2010. City officials were not able to discuss the process behind naming the square or the reason for the holdup. Despite Luther being thrown out of the Catholic Church during his lifetime, the Vatican reacted positively to news of the square’s upcoming inauguration. “It’s a decision taken by Rome city hall which is favorable to Catholics in that it’s in line with the path of dialogue started with the ecumenical council,” said the Rev. Ciro Benedettini, deputy director of the Vatican press office, referring to a gathering of churchmen to rule on faith matters. The move contrasts sharply from views held by Luther around the time of his visit to Rome, when it was said he repeated the saying, “If there is a hell, Rome is built over it.” Dialogue between Lutherans — a Protestant denomination that follows Luther’s teachings — and the Catholic Church was cemented in a document signed by bishops of the two churches in 2013. Pope Francis has also shown an openness to different churches, earlier this year supporting the need for a more unified Christian voice in Europe. But within Italy there are very few Protestants; just 435,000 Italian citizens identify as Protestant, according to research published in 2012 by the Center for Studies on New Religions. Catholicism continues to be the dominant religion, with 97.9 percent of Italy’s 60 million residents having been baptized Catholic as of 2009.
Posted by Mike at 9:09 AM