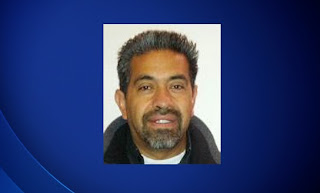 A Davis priest has been arrested on charges that he had an inappropriate sexual relationship with a minor, Davis Police announced Saturday. Police have been investigating Fr. Hector Coria, a priest at St. James Parish in Davis, after allegations arose earlier in May that he had been sexually abusing a 17-year-old girl. Investigators found that Coria had befriended the girl while he was a priest with the Catholic Church. Investigators believe that, since late 2013, Coria had been in a sexual relationship with the girl. Friday, authorities served a warrant on Coria’s residence and arrested him on charges of statutory rape and oral copulation with a minor. “In keeping with diocesan policy, Fr. Coria has been placed on administrative leave, his faculties have been withdrawn and he may no longer publicly function as a priest while this matter is under investigation by local law enforcement and Davis Police,” wrote Kevin Eckery, spokesperson for the Roman Catholic Diocese of Sacramento, in a statement on Coria’s arrest. Echoing the Davis Police Department, the Diocese of Sacramento asks anyone who may have been a victim of Coria to call authorities at (530) 747-5420.
Posted by Mike at 7:01 PM