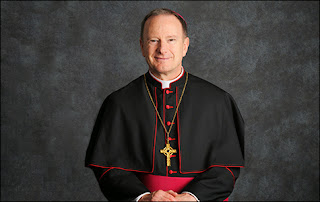 In recent weeks, the Diocese of Oakland has increasingly come under fire for requiring teachers in East Bay Catholic schools to agree to a new "morals" code in their contracts — a controversial revision that covers expected behavior in their personal lives. For background, check out the story we published last week on the backlash against the new clause. One of the central concerns from critics is that schools will lose out on good teachers who simply refuse to sign a morality code that could be used to discriminate against certain employees. Those fears, it turns out, are not unwarranted: I spoke today with Kathleen Purcell, director of the career partnerships program at Bishop O'Dowd High School, who has declined to agree to the new language — and thus won't be returning next year to the Oakland private school. "I found the language to be way out of line and totally unacceptable," said Purcell, who has been at Bishop O'Dowd for six years. "I look at this contract, and it very much looks to me like an attempt to universally remove all employees from the protection of civil rights and labor laws. I cannot put my name to that. ... I spent most of my life trying to move forward civil rights. Purcell echoed a concern that employees throughout the diocese have raised for months since Oakland Bishop Michael Barber first unveiled the new language: that is, that officials will use the clause to target a wide range of employees — LGBT teachers or non-Catholic staffers, for example — for actions in their own personal lives. The most contentious addition to the 2014-15 contract reads: "In both the employee's personal and professional life, the employee is expected to model and promote behavior in conformity with the teaching of the Roman Catholic faith in matters of faith and morals, and to do nothing that tends to bring discredit to the school or to the Diocese of Oakland." And because teachers within the Diocese of Oakland do not have tenure and do not have union representation, they have few protections in the first place. "It's overly broad and it has every appearance of being a legal strategy," Purcell, who is a lawyer, said of the new language. "The hierarchy at their whim could fire someone for any reason, really." Officials with the Diocese of Oakland have repeatedly emphasized that this clause is not part of a "witch-hunt" and that there is no list of behaviors that the bishop is trying to forbid. Other dioceses across the country have brought forward morality clauses that go farther by explicitly banning employees from publicly supporting homosexuality, abortion, or even artificial insemination, for example. The Oakland clause does not include this kind of list and spokesperson Mike Brown has said that the contract change simply underscores a commitment to Catholic doctrine that has always been in contracts. For more of Brown's response to a wide range of criticisms, check out my conversation with him on KQED's Forum yesterday. In response to mounting protests, Brown has also argued that critics are misunderstanding the bishop's intentions with this change. But regardless of his intentions, Purcell, who is Catholic, emphasized that the contract is a legal document: "The perniciousness of it is that they can be inconsistent. They can be arbitrary. Nobody gets to question them." She continued: "Whether it's about reproductive rights or whether it's about marriage status or whether it's about any of the other details of people's personal lives, this puts it all up for grabs." At O'Dowd, she said, "This has really engendered a sense of vulnerability. ... It's a blow to morale." Barber met with O'Dowd administrators last week to discuss concerns, according to a letter the principal sent parents on Friday, which noted that the bishop also plans to meet with concerned faculty and staff at the school. But unless the bishop removes the language, Purcell said she won't agree to the new contract. She did sign and hand in the document — but crossed out the controversial language in question. Unsurprisingly, officials told her this would not be accepted. It remains to be seen if other employees at O'Dowd or schools throughout the region are leaving because of the contract. A new change.org petition with more than 1,400 signatures calls on the diocese to reinstate the old contract — or at the very least extend the deadline an additional year so that schools can "adapt and negotiate a new contract in an open dialogue." For Purcell, the decision not to return to O'Dowd is a difficult, but necessary one: "I love this school. I love this community. I love my work. Walking away from it is not something I do lightly." But, she added, "I have to deal with the language of the contract. I picture the language and my name next to it and I can't do it."
Posted by Mike at 8:04 PM