Kasper: some fear a domino effect at the Synod on the family 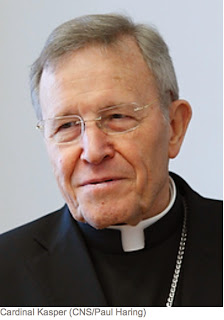