Knights of Malta to Pope: stay out of our internal affairs

The maneuvering between Cardinal Burke and Pope Francis continues with Burke becoming more and more opening hostile to the Pope. 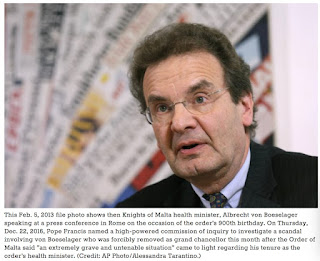