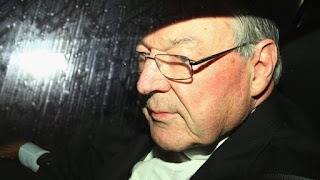 A provocative song and a public drive to raise funds to send child sex abuse victims to the Vatican have sparked fresh controversy around Australia's most senior Catholic, writes Trevor Marshallsea. In 2014, Cardinal George Pell, the Archbishop of Sydney, was summoned to Rome to become chief of the Vatican's finances, a new position created by Pope Francis in the wake of scandals at the Vatican Bank. But Cardinal Pell left another scandal behind him, and the anger over widespread sexual abuse of children by members of the Catholic clergy continues to rage in Australia. The cardinal was once again under fire this week over his refusal, on medical grounds, to return home to front the Royal Commission which is investigating how various institutions responded to the child abuse allegations. 'Come home, Cardinal Pell' Tall and imperious, seen as aloof and arrogant by detractors, the 74-year-old has repeatedly faced allegations from abuse victims of a cover-up. These include that he was involved in moving notorious paedophile priest Gerald Ridsdale around parishes rather than reporting him, and that he attempted to bribe one of the victims of the now jailed priest to keep quiet. Cardinal Pell, who studied at Oxford and was a promising Australian Rules footballer in his youth, has repeatedly denied all allegations, while expressing regret for abuse victims. The cardinal is not facing any criminal charges, but critics say the publicity surrounding abuse which happened on his watch has made his Vatican position untenable. It was a biting satirical song from Tim Minchin, one of Australia's best known comedians, that propelled Cardinal Pell's refusal to return to Australia back into headlines this week. Minchin calls the cardinal a litany of names, among them "coward" and "pompous buffoon". He ends by challenging Cardinal Pell to come home, if not "by a sense of moral duty", then perhaps to "sue me". The lyrical assault was criticised by some. Jesuit priest and human rights lawyer Father Frank Brennan told broadcaster ABC that openly mocking a key witness risked turning the commission into a laughing stock, which would damage victims. But the song was well-received elsewhere and has been viewed more than 400,000 times on YouTube. All proceeds from it are being donated to a public funding drive that aims to send up to 15 witnesses, including abuse victims, to watch Cardinal Pell's testimony in Rome. That funding drive, launched by presenters from Australian television show The Project, has now raised more than A$175,000 ($125,000; £87,000). 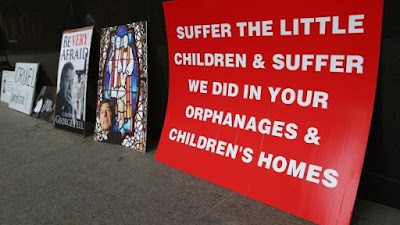 Pell responds The cardinal was moved to hit back, saying there had been "a great deal of incorrect information". "Cardinal Pell has always helped victims, listened to them and considered himself their ally", said a statement released by his office on Thursday. "As an archbishop for almost 20 years he has led from the front to put an end to cover-ups, to protect vulnerable people and to try to bring justice to victims." "The cardinal is anxious to present the facts without further delays. It is ultimately a matter for the royal commission to determine the precise arrangements for the provision of evidence by the cardinal in Rome." The cardinal has already been before the commission twice, appearing first in person regarding a single case of abuse in Sydney, and then giving evidence by video link from Rome into a second Melbourne matter. Then last June he was called to give evidence a third time at hearings in Ballarat, a city of 100,000 people just outside Melbourne that was allegedly a hotspot of Catholic church sexual abuse. Explosive allegations have arisen from the city where Cardinal Pell was a priest from 1973-83, at one stage living in a presbytery with Ridsdale. The cardinal initially said he would be willing to attend the commission, but later his lawyers said he was too unwell to fly to Australia due to a heart condition. Commission chair Justice Peter McClellan in December rejected a bid that Cardinal Pell be allowed to give evidence via video link and said he should testify in person, comments which drew applause from victims at the commission hearing. But last week Justice McLennan bowed to further medical evidence from lawyers. The cardinal is slated to begin three days of evidence by video link on 29 February. Despite Minchin's taunts of cowardice, Cardinal Pell's critics are not expecting to see him back in Australia anytime soon.
Posted by Mike at 2:09 AM