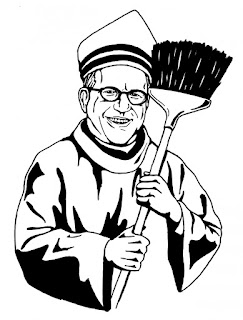 Eight months ago, the Catholic Diocese of Saginaw removed Father Denis Heames from St. Mary’s University Parish for “boundary violations.” The diocese refused to say much more about Heames' suspension. Bishop Joseph Cistone made sure to mention in a press release the issue “did not involve minors.” What has become clear is the Catholic Church tried to cover up yet another scandal. Cistone has a history of covering up scandal within his jurisdiction. In 2012, a judge found Cistone was a witness of shredding of documents in 1994 when he was a church official in Philadelphia. The documents identified 35 priests suspected of sexual abuse. This scandal involves the sexual harassment of a Central Michigan University student, according to a university investigation. Heames, a charismatic and young priest, used his position as a religious leader to coax a female student into a sexual relationship. To the diocese, placing Heames in a parish surrounded by a college campus made sense. Heames won the St. Mary’s community over with his sense of humor and charm. Everyone loved the hip and energetic “Father Denis.” We liked him, too. We trusted him. That is why his corrupt behavior feels like such a betrayal. The bishop's response made a bad situation even worse. The church is long overdue on a decision that should have been a swift and public renouncement of Heames’ misconduct. Laicization is the best solution – in layman's terms, he must be defrocked. His behavior goes beyond breaking the celibacy vow. In the Catholic community, a priest is a guiding figure who is given respect and trust. A priest sets a tone that encourages parishioners to be vulnerable and open. There is little chance parishioners will fell that way about Heames again. Churchgoers should be able to confide in, and look up to, a man they call “Father.” Searching for guidance, one female student confided in Heames at his urging and invitation. Like many Catholics, this woman was taught from a young age to respect the church and its leaders. She knew she would be shunned and harassed by the parish community if she brought the injustice of what has happened to her to light. We applaud Megan Winans’ courage. She brought the priest’s shameful behavior to light. The diocese response to the abuse was the opposite of courageous. Veiled in secrecy, the church showed us, again, that in the face of its own sins, it rejects repentance in favor of silence. The church has a responsibility to its parishioners to be honest about what Heames did and what the consequences of his actions will be. The problem is there appears to be few consequences for Heames’ decisions. This is typical for Cistone. Secrecy seems to be typical when Cistone is involved in controversy. If he was held accountable in Philadelphia, then he and Heames should be held accountable in Mount Pleasant, Michigan. CMU’s catholic community now has Heames’ abusive behavior burned into its history, forever. Now the parish must heal from the wounds of one man’s selfish behavior. Heames has done an injustice to not just the woman he used, but also the community he claimed to care so much for. One of the chief principles taught in Christianity is forgiveness. Whether Heames deserves a pardon for his sins against our campus catholic community is ultimately for God to decide. We’re not ready to forgive, or forget, until his time as a priest has ended. Only then, just as Heames told his parishioners to do at the end of each mass, can we go in peace.
Posted by Mike at 6:57 AM