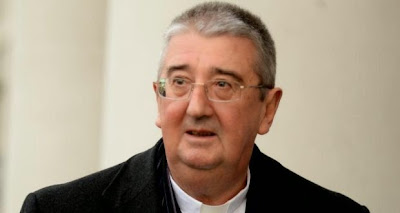 The Catholic Church needs “a reality check” in the wake of the same-sex marriage referendum and needs to ask if it has drifted away from young people, Archbishop of Dublin Diarmuid Martin has said. “I think really that the church needs to do a reality check, a reality check right across the board, to look at the things it’s doing well, to look at the areas where we really have to start and say, ‘Look, have we drifted away completely from young people?’ ” he told RTÉ News. He said the referendum result was “an overwhelming vote in one direction” and he appreciated how gay men and lesbian women felt after the endorsement of same-sex marriage - “that they feel this is something which is enriching the way they live”, he said. ‘Social revolution’ “I think it’s a social revolution... It’s a social revolution that didn’t begin today,” he said. “It’s a social revolution that’s been going on, and perhaps in the church people have not been as clear in understanding what that involved. “It’s very clear that if this referendum is an affirmation of the views of young people, then the church has a huge task in front of it to find the language to be able to talk to and to get its message across to young people, not just on this issue, but in general.” Dr Martin said it was important that the church must not move into denial of the realities. “We won’t begin again with a sense of renewal by simply denying,” he said. When he met Pope Benedict after he became archbishop, the pope asked him where were the points of contact between the Catholic Church and the places where the future of Irish culture was being formed, he said. “And that’s a question the church has to ask itself here in Ireland,” Dr Martin said. ‘Big challenge’ “Most of these young people who voted Yes are products of our Catholic schools for 12 years,” he said. “There’s a big challenge there to see how we get across the message of the church...We need to sit down and say ‘are we reaching out at all to young people?’ ... We’re becoming a church of the like-minded, and a sort of a safe space for the like-minded,” he said. “That doesn’t mean that we renounce our teaching on fundamental values on marriage and the family. Nor does it mean that we dig into the trenches. “We need to find...a new language which is fundamentally ours, that speaks to, is understood and becomes appreciated by others.” Dr Martin added that “we tend to think in black and white but most of us live in the area of grey, and if the church has a harsh teaching, it seems to be condemning those who are not in line with it. “But all of us live in the grey area. All of us fail. All of us are intolerant. All of us make mistakes. All of us sin and all of us pick ourselves up again with the help of that institution which should be there to do that. “The church’s teaching, if it isn’t expressed in terms of love - then it’s got it wrong,” he said.
Posted by Mike at 7:14 PM